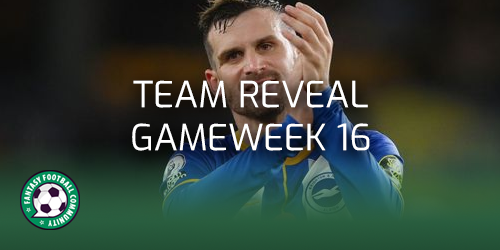 Ahead of Gameweek 16, it’s the turn of FPL Shake n Bake (Brett) to tell us what he is doing to his team.

Hi Brett and thanks for the team reveal. So how did Gameweek 15 go?

After a disastrous streak of seven red arrows, it was nice to get a small green one but it still feels like a case of what may have been. My first transfer of the week was to bring in Kevin De Bruyne as I wanted to captain him. The assist meant this kind of worked – except I sold Mohamed Salah to bring in the Belgian!

After the Man City team leak, I also spent 20 minutes trying to push a transfer that replaced Phil Foden. Despite writing in my blog that I wanted Bruno Guimaraes in my team, I instead went with Marcus Rashford for his subsequent blank.

It looks pretty cheap. I’ve surrounded the season’s hero Trippier with several £4.5m options in White, Justin, Marc Guehi and Ryan Sessegnon. It’s an area of my team I’m looking to resolve during the World Cup break, with the latter two likely on the chopping block.

As mentioned, De Bruyne and Rashford were brought in last week, alongside Saka who’s been a key differential for me so far. I can’t believe he’s still owned by just 17.2% of managers.

Then it’s the bench options of Murphy and Pereira, both of whom are performing fine for their price point. But I only really need one of them to float in and out of the starting line-up.

So what are your transfer plans for Gameweek 16?

This is a week to have fun. The World Cup break is going to be a long few weeks, so enjoy this Gameweek and go a bit differential if you fancy it.

I have £2.2m in the bank and have deliberated over what to do with it for most of the week. I’ve seen people talking about Darwin Nunez and I was keen on that until Southampton sacked Ralph Hasenhuttl.

Teams usually tighten up defensively once they change manager and Liverpool haven’t looked like their usual exciting attacking force of late, so I’m not sure. As mentioned, I want to have some fun and one of the most fun teams right now is Brighton.

Whilst I can’t afford Leandro Trossard, I see that Pascal Gross has scored two in two so will take a one-week punt on him, in place of Jacob Murphy.

Erling Haaland. I know it’s boring but watching a non-captained Haaland play sounds like the opposite of fun!