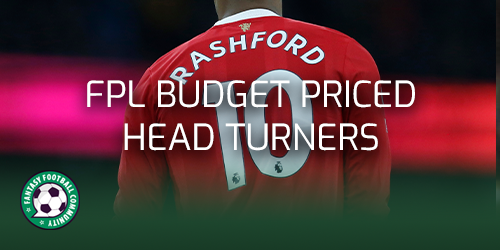 FPL has now launched so all player prices have now been released. We take a look at the budget priced head turners that could be worth a shot in our fantasy teams.

Budget FPL players are the key to making a successful FPL team. For all managers there is a need to find the best value players as they will enable the squad to fit within budget. However these budget picks also need to return points for their managers rather than just be a way for a team to fit in budget.

Man City have always been a hotspot for FPL managers in terms of investing in their defence. Kyle Walker comes in at £5m which is hugely cheap considering he plays for the best defence in the league. Alternative options in the same defence include Cancelo at £7m, Laporte at £6m and even John Stones at £5.5m, another reason Walkers price turned so many heads.

Last season the right-back created two assists and kept a total of 10 clean sheets from only 20 starts in the Premier League. This shows that more often than not Walker was returning points in FPL. Walker could well be an easy inclusion for managers at that price.

The Chelsea attack is currently up in the air with the blues currently in the market for new wingers. Chelsea continue to be in the top six for attacking stats season upon season so buying into the attack could be a good idea.

The American came in at a jaw dropping £6m this season which is usually a price tag for lower half table teams attacking players. Last season Pulisic started 13 matches for Chelsea scoring six goals and creating two assists. If Chelsea fail to secure any wingers or Pulisic shows good pre season form we could see Pulisic in lots of early drafts.

Leeds really struggled last season as they just managed to scrape relegation. With that in mind knowing Raphinha still returned a total of 145 points is promising. The Brazilian winger came in at £7m which many within the FPL community found surprising.

Its also very important we mention Raphinha is also pushing for a move during this transfer window. One of those teams interested is Chelsea who interestingly need a right sided attacker like the Brazilian. If Chelsea sign Raphinha we could well see a nailed Chelsea attacker for just £7m.

Arsenal were amongst the top six teams for many key defensive stats lasts season including clean sheets kept, shots conceded inside and outside of the box and attempts from set plays conceded. An example that buying into the Arsenal defence is already a great idea.

Goalkeeper Ramsdale came in at £5m who became a favourite amongst FPL managers last season so players could easily go back in the new season. However Ben White and Tomiyasu both come in at a surprisingly cheap £4.5m price tag and for that reason both become the standout options.

Man United struggled to offer much in terms of FPL last season as they were defensively weak and offensively reliant on Ronaldo or maybe Bruno Fernandes on occasions. FPL reacted by lowering the Man United attacking assets and we saw that with Rashford coming in at £6.5m.

The young Englishman really struggled last season with both injury and form. 13 starts, four goals and two assists for Rashford last campaign. In comparison the season before Rashford started 37 matches scored 11 goals and created 9 assists, huge potential for FPL managers if he can regain that form.

Want to check out another budget player article? Take a look here