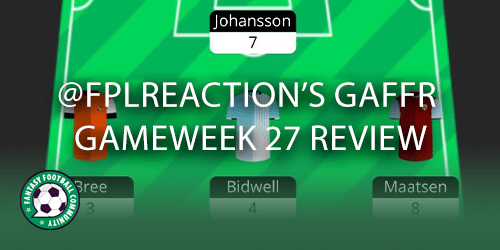 The Championship Fantasy round has now finished. We can take a look back and reflect with Fantasy Football Scout and Fantasy Football Community contributors @FPLReaction’s GAFFR Gameweek 27 review.

Looking back on @FPLReaction’s GAFFR Gameweek 27 review can really benefit other fantasy managers. Reflecting on what went wrong and what could have been can contribute towards managers planning moving forward such as captaincy and transfers.

Did you miss out on all of the action from Gameweek 27? You can catch up with some key takeaways right here.