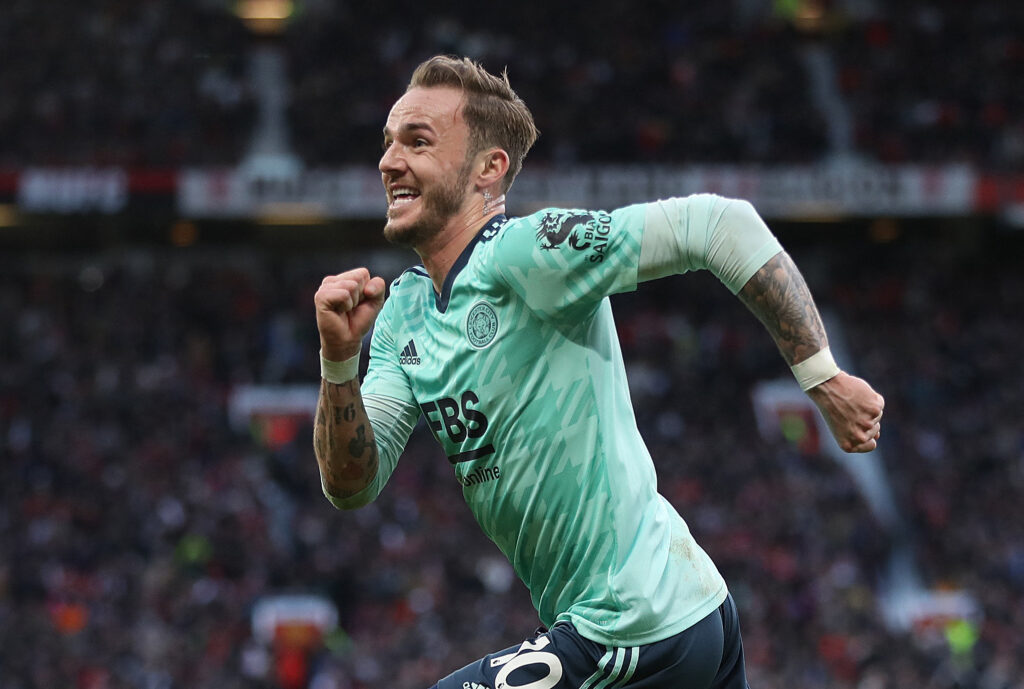 In FPL a differential is classes as a player with under 10% ownership. These are the players who have the potential to boost players FPL ranks and shoot them up mini league tables if they return. Managers need to use their judgement carefully when selecting differentials. Choosing the ones who appear to be about to launch into a purple patch, with a good fixture run or who are benefiting from a change in system at their clubs are good targets.

We assess the best differentials for Gameweek 32, some of which could prove useful until the end of the season.

The Foxes midfielder has returned in three of his last four Premier League appearances. In that time racking up 24 points.

Maddison is currently the second most transferred in player ahead of Gameweek 32. He has already had over 40,000 managers invest in him. However Maddison remains a differential as he is currently owned by just 9.4% of the game.

After his Gameweek 31 assist Maddison now has eight goals and seven assists this season. This is equal to his best-ever season for attacking returns. With a great run of fixtures to the end of the season Maddison could be an excellent differential if he can maintain his fitness.

FPL managers should however be mindful of Leicesters continued involvement in the Europa Conference League. Legomane‘s recent fixture update shows that if Leicester make it to the Conference League final they will play twice a week every week until the end of the season. This could see some rotation across the Leicester starting XI in the league.

Cresswell is currently owned by 7.9% of the game. His lack of ownership at this stage of the season is likely a result having missed seven games from Gameweek 14 to Gameweek 21. Cresswell’s Gameweek 31 goal against West Ham meant be returned nine points for his FPL managers. This will also have put him on the radar of a wide section of the FPL community.

Cresswell faces Brentford in Gameweek 32. The defender has returned in six of his last seven meetings with newly promoted sides. These returns include four clean sheets, three assists and six bonus points.

West Ham currently don’t have any Double Gameweek’s scheduled and this may result in managers overlooking Cresswell.

Gameweek 31 and 32 both look appealing in terms of fixtures. West Ham also have Norwich and Brighton in the final three Gameweeks of the season. However, there are also three difficult fixtures for West Ham against Chelsea, Arsenal and Man City to play.

The four blue fixtures make Cresswell not just a good differential for Gameweek 31 but also beyond. Especially as a fourth defender who can be benched in the other three fixtures.

Weghorst’s ownership grew ahead of Gameweek 31 as Burnley had two fixtures scheduled. The Burnley forward is still however only currently owned by 7.2% of the game.

When Weghorst first arrived in the Premier League he hit the ground running with returns in two of his first four matches. Since then, ahead of the second game of Gameweek 31, Weghorst has failed to register any returns.

Since his arrival in the Premier League Weghorst is second amongst forwards under £7m in the game. He is also third for passes in the oppositions half for the same metric. Only four budget forwards (under £7m) have returned more points than Weghorst since he arrived in the game.

Burnley play Norwich in Gameweek 31. Norwich have kept just one clean sheet in the last eight matches. After this Burnley have a further two fixtures in Double Gameweek 33. Legomane also predicts that they will play twice again in Gameweek 24 or 25, giving FPL managers an additional fixture to target.

As discussed in our best budget midfielder article Fraser looks a good option for the remainder of the season. Fraser is currently owned by 1.3% of the game.

Since Eddie Howe’s appointment at Newcastle Fraser is back in the FPL limelight.  Newcastle play at home in each of their next three Premier League matches, following that they play Norwich.

Fraser has returned a goal, an assist and 13 points in two of his last three home fixtures for Newcastle in the Premier League.

He is also joint top for both attacking returns and returns across the Newcastle team with three in the last six matches. In his last four home matches Fraser has had seven shots, six shots in the box and six key passes, all of which are team leading numbers.

Want to know what to expect from the Gameweek 32 matches? Check out our recent article.