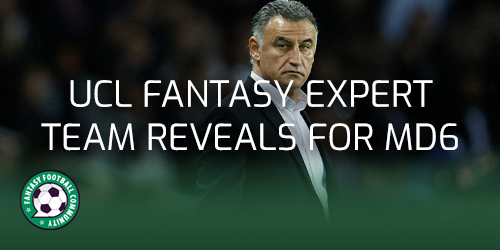 We check out some UCL Fantasy expert team reveals for Matchday 6. Champions League Fantasy is here! We take a look through some of the most experienced managers teams ahead of the new round. We will see why they have made some of their decisions and some of the things that could change within their teams.

As the Matchday 6 deadline approaches thick and fast UCL Fantasy managers will be scrambling to clarify some big decisions. Looking at expert team reveals for Matchday 6 can help bring clarity to our own decisions within our teams.

We have had plenty of UCL Fantasy articles released recently to get you ready for Matchday 6. You can catch up with all of them here.