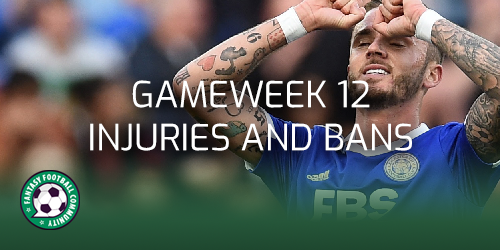 Being able to navigate around unavailable players is key to FPL success. Together with some useful Fantasy Football Scout information, here is the current list of injuries and bans heading into Gameweek 12.

THE NOTABLE INJURIES AND BANS OF GAMEWEEK 12

Oleksandr Zinchenko (calf) – Absent for the win over Liverpool in Gameweek 10.

James Maddison (suspended) – Fifth booking of the season, will miss one match.

Armel Bella-Kotchap (shoulder) – According to the manager, “it could be anything.”