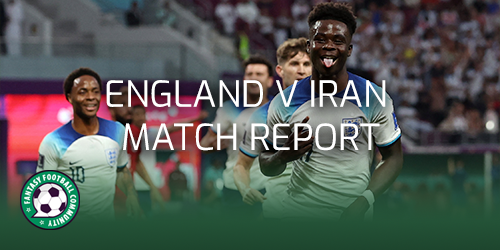 The World Cup is now here. Our second kick off begins with today. We take a look at the England v Iran match. We will highlight the line-ups, pick out the key moments and standout World Cup Fantasy performances during the match.

Defender Kieran Trippier (£5m) is the most owned player in the game. Trippier’s owners will be hoping to keep a clean sheet at the very least. Striker Harry Kane (£11m) will be hoping to fire England ahead and reward his owners.

Star striker Mehdi Taremi (£7m) is in fine form for his club. Furthermore, for Porto this season Taremi has scored an impressive six goals and created five assists so far. Former Brighton midfielder Alireza Jahanbakhsh (£5.5m) will also be looking to cause an upset.

England were rampant offensively and Saka stole the show for me. Iran forward Taremi could also be an interesting option as his fixtures improve.