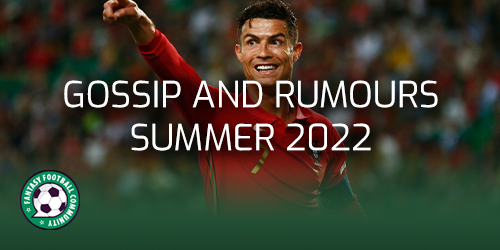 The Mail: Ronaldo wants out

The Mail are reporting that Ronaldo has told Man United he wants to leave. Ronaldo reportedly wanted to play Champions League football. However the Mail report that United have reiterated that they don’t want to sell.

FPL Comment: With so much uncertainty over his future Ronaldo remains a hard avoid in FPL.