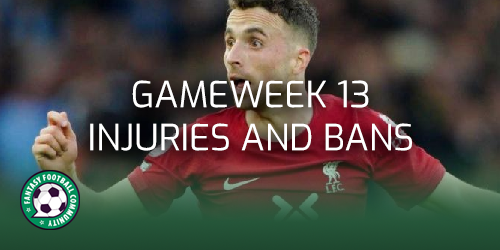 Being able to navigate around unavailable players is key to FPL success. Together with some useful Fantasy Football Scout information, here is the current list of injuries and bans heading into Gameweek 13.

THE NOTABLE INJURIES AND BANS OF GAMEWEEK 13

Conor Gallagher (illness) – Had to depart Gameweek 12 after 15 minutes due to not feeling well.

Joelinton (knock) – Taken off at half-time as a precaution.

Harry Toffolo (knock) – The substitute only lasted 17 minutes before having to go off himself.