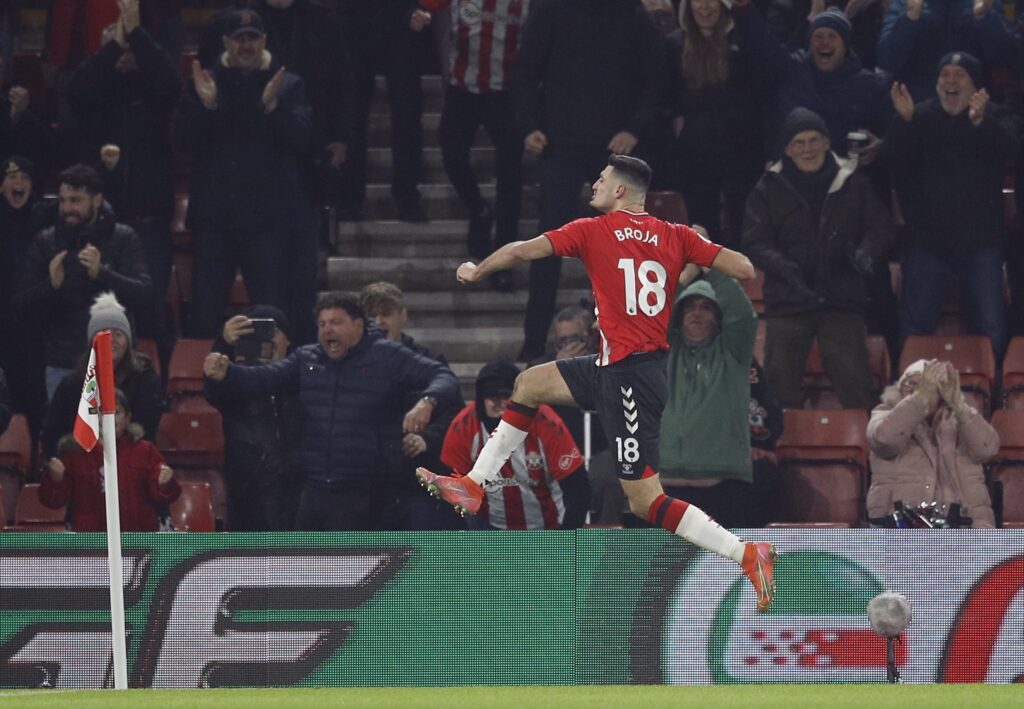 Looking ahead at the Fantasy Premier League (FPL) fixture run for Southampton and their assets from Gameweek 27.

A run of one defeat from nine league games has Southampton in tenth place. It includes draws with Man City, Man United, a win at West Ham plus one of each versus Tottenham. Here are their upcoming matches:

An in-form team with those fixtures has got to be worth investment. Especially when they offer two of FPL’s best cheap options – Tino Livramento (£4.3m) and Armando Broja (£5.4m).

The right-back started the season unknown but quickly became a big asset, with his initially price of £4.0m. Gameweeks 4-11 brought seven returns from eight – either a goal, assist or clean sheet. Then a knee injury kept him out for five matches, with concerns that his run in the side had ended due to the strong performances of Romain Perraud (£4.8m).

However, his first start in almost two months delivered an assist, clean sheet and 12-point haul in a 2-0 win over Everton. The season’s earlier meetings of these fixtures brought three shut-outs, so Livramento is back on the radar.

As for Broja, he’s the second highest-scoring forward under £6.0m. His price allows squad depth, flexibility and Bench Boost potential, starting all but one of their last 11 league games.

Strike partner Che Adams (£6.9m) is actually in slightly better form – with two goals and an assist from three matches – but is in a competitive price range.

A word also goes to James Ward-Prowse (£6.5m). On over 100 points, he has four goals and four assists from his last nine outings. His set piece duties could make an excellent differential.

In fact, he ranks first for corners taken, successful corners, crosses from free kicks and successful free kicks. Three penalties have been scored, whilst only Bruno Fernandes, Trent Alexander-Arnold and Mohamed Salah have created more chances in total.

Southampton assets are being mentioned frequently throughout the FPL Community. They have an appealing Double Gameweek 28 and are about to face six of the nine teams to have conceded the most in-box shots.

FPL forwards are generally poor right now, so Broja is a popular option.

Perhaps an attacking double-up is the way forward?