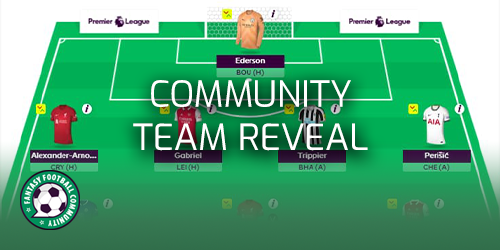 Were back with another team reveal from the FPL community. This time Brett aka @FplShakenbake on Twitter comes in to show the readers his likely team going into gameweek 2. He shares his thoughts on transfers, captaincies and any other decisions he has to make for the gameweek ahead.

Looking at other experienced FPL managers teams going into any given gameweek can be really insightful for other FPL managers. Sometimes we can get so wrapped up into our own way of thinking. Seeing other managers method of thinking can sometimes bring clarity to our own decisions.

After a decent start to the season in gameweek 1 (79 points), there are a few decisions to be made for gameweek 2.

My original plan was to roll a transfer but Mason Mount’s disappointing display against Everton means I’m tempted to move him on, and if I do, it’s likely to be for Phil Foden (depending on any team news we might get).

I’ve spoken previously about swapping my £8m midfielders based on fixtures, allowing me to target the best out of the many options, and Foden’s creativity, coupled with Erling Haaland’s clinical finishing, in a home game against a newly promoted side could be too much temptation to resist.

In defence I expect Tottenham to play Ivan Perisic this week. Despite Ryan Sessegnon’s heroics in his place against Southampton, Chelsea are a different kettle of fish. I think Antonio Conte will trust Perisic’s experience so he gets a start for me in what will be a 4-3-3 formation.

My midfield essentially picks itself. Leon Bailey pips Andrea Pereira to my first sub slot, due to the fact that he plays at home rather than away. However it could have swung either way after Pereira impressed against Liverpool last week.

Up front I continue with the three pronged attack after all three impressed me last week. Haaland gets the captains armband in his home debut, whilst Callum Wilson looks to build on last weeks goal.

I expect Jesus to come out of this weeks game with some kind of return after he was unfortunate not to last week.

Looking for advice on whether to use the wildcard now? Take a look at our Should I play my wildcard article here.