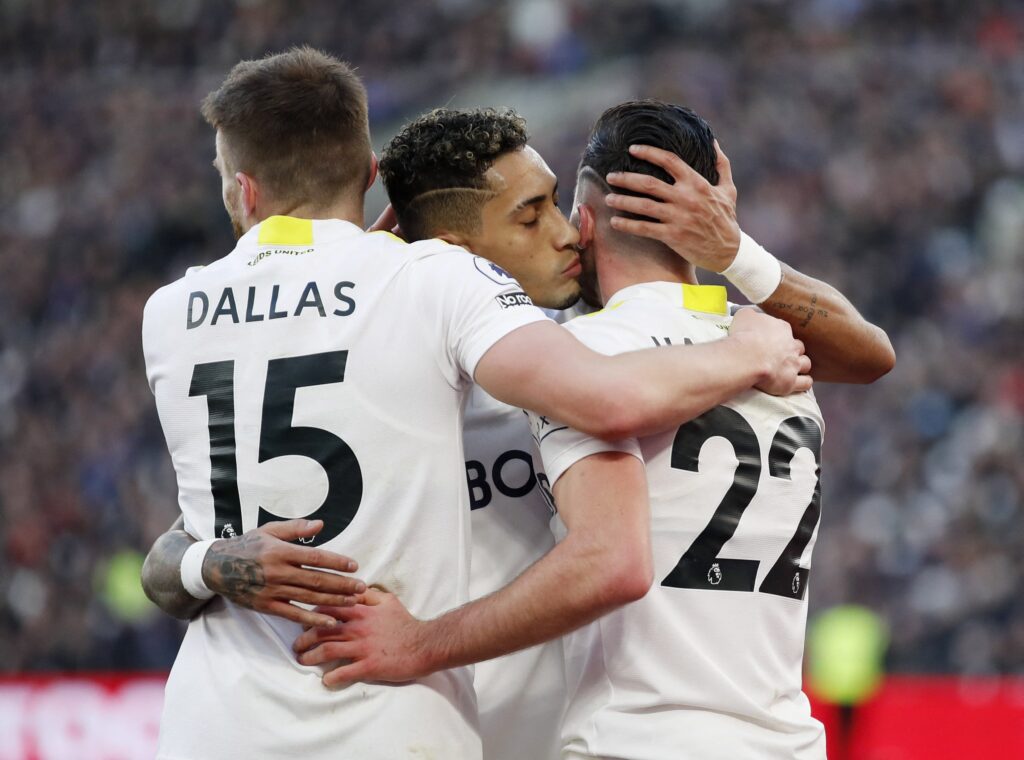 Double Gameweeks can make or break an FPL manager’s season. Get the picks right and a huge green arrow follows, get it wrong and it can really harm your overall rank. So who are the best picks for Double Gameweek 26?

Just when Leeds thought they’d pulled themselves out of the relegation race with consecutive wins over Burnley and West Ham, disappointing defeats to Newcastle and Everton could cause a problem. They are one of eight sides to have a Double Gameweek 26 but may have the hardest pair of fixtures – Man United (H) and Liverpool (a). Defensive options seem off the table but their attack needs to rely on more than Raphinha.

Both Bruno Fernandes and Mohamed Salah have a fantastic record against Marcelo Bielsa’s side, albeit from a small sample size of three matches each. They have scored five and four goals respectively, both with a hat-trick. It’s a defence that ranks amongst the worst for goals conceded, shots conceded and clean sheets, contributing just three goals and five assists.

Whilst therefore clean sheets might be unlikely for the likes of Luke Ayling and Diego Llorente, goalkeeper Illan Meslier has made the third-most saves. His potential for additional save points across the two games could make him an option therefore.

Using the FFScout Members Area, we can see that Raphinha has had the sixth-most goal attempts throughout the league – hitting the woodwork on three occasions. However, he was replaced at half time on Saturday without any sign of injury.

The only other Leeds player with an expected goal involvement (xGI) over 4.00 is Daniel James – a midfielder playing up front in the absence of Patrick Bamford. He scored twice in midweek against Aston Villa and could be an interesting short-term differential.

It seems likely that Raphinha or James are the best picks from Leeds if managers want to invest.

Using LiveFPL’s effective ownership (EO) data, there is a total of 20.57% Leeds ownership within the top 10k. The vast majority of this is for Raphinha, scorer of eight league goals so far. This means that with the exception of Raphinha, any investment in the Leeds team will be huge differentials.

A (FPL) Fool has been considering whether he can sell Raphinha ahead of a Double Gameweek.

Fantasy Football Scout have looked at why Raphinha was substituted in their latest Scout Notes.

Looking for a new forward ahead of Gameweek 26? Check out the following article – Is Harry Kane the best forward option?