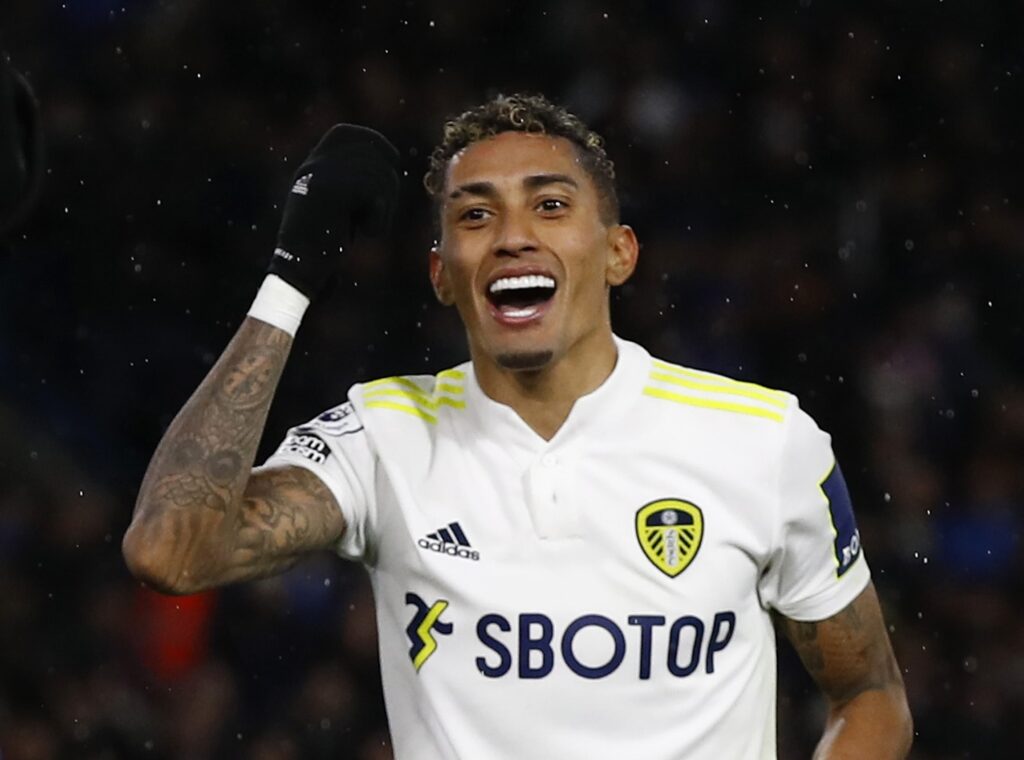 Up next in our ‘What to do’ series, we look at Leeds’ Raphinha. Specifically, should FPL managers keep or sell him?

The Leeds freefall towards relegation has been halted by Jesse Marsch’s arrival and two huge back-to-back victories. One point from eight games included a sequence that brought a 17-2 loss over four matches, signalling the end for much-loved Marcelo Bielsa.

Defeats to Leicester and Aston Villa suggested that the problem wasn’t resolved. Then Norwich came to Elland Road. It was time for their star man Raphinha (£6.5m) to step up and add to his nine goals, eight of which came in the first 18 Gameweeks.

Bought by many managers before Leeds’ Double Gameweek 28, Raphinha’s struggles in 2022 don’t get mentioned. He’s undoutedly their main attacking threat, being linked with the likes of Barcelona, Bayern Munich and Liverpool most days. He’s well ahead of his team mates for FPL points, currently on 112.

Yet only one goal and two assists have arrived in his last 11 matches. Often ranking amongst the top-scoring midfielders, he is now 16th, having not brought in any double-digit hauls this season. Nine is the most.

Although the Brazilian hasn’t delivered more than one attacking return in a match this season, his performance against Norwich was impressive. Raphinha created four chances, took 11 penalty area touches and hit the woodwork twice before eventually succeedind by assisting Joe Gelhardt stoppage time winner.

His expected goal involvement (xGI) in that match was 1.58, with the previous Gameweek bringing a 0.95 xGI against Leicester. That’s why he keeps featuring in our weekly look at FPL underachievers.

Throughout the season, only four players have had more goal attempts than Raphinha. He is now alongside Bryan Mbeumo as the two league-leaders for hitting the woodwork six times.

His returns aren’t happening but it’s not for a lack of trying.

Combine this with Leeds’ upturn in form, which saw a dramatic 3-2 comeback win over Wolves on Friday, and FPL managers will hope the underlying stats are a sign of what’s to come.

Raphinha missed the Wolves match because of Covid but should be fully-recovered by the time they host Southampton. Their next couple of fixtures look good.

However, blanking in Gameweek 33 is a problem. Managers using a Free Hit that week don’t have to worry about selling Raphinha but those with several Leeds, Aston Villa and Wolves assets need both squad depth and free transfers.

There will be a Double Gameweek at some point, once the cancelled Chelsea (H) gets rearranged. Marsch will see the next few matches as their chance to escape relegation worries before a potentially nervous last day at Brentford.

As mentioned in Tuesday’s rumours round-up, Raphinha’s future is seemingly elsewhere regardless of Leeds’ final position. Could this distract him, knowing he’s likely on his way out?

The £6.0m – £7.5m price range has a lot of competition right now. Chelsea’s strong fixtures will tempt many into going either for Mason Mount (£7.5m) or Hakim Ziyech (£7.3m), with Leicester’s quantity of matches adding appeal to James Maddison (£6.8m) and Harvey Barnes (£6.6m). Elsewhere, Bukayo Saka (£6.7m) and Dejan Kulusevski (£6.3m) have been in great form of late. They won’t be rotated, such is the tight battle for fourth place.

Thoughts from the FPL community

This point-blank miss against Leicester – as captured by FPL Swot – is still hard to forget.

Whereas this non-penalty expected goals (NPxG) stat from FPL GR says it all.