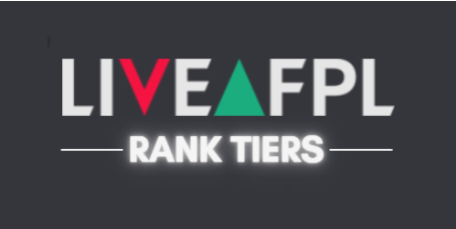 Gameweek 37 is over, therefore we can use LiveFPL rank tiers to analyse the decisions made by FPL managers.

Double Gameweek 37 was a week of big rotation amongst some of the game’s most-selected players, so many managers needed the full use of their subs bench. Over 70% of the top 10k had to use an autosub on rested Liverpool full-backs Trent Alexander-Arnold and Andrew Robertson. Furthermore, 44% of overall teams weren’t able to sell the injured Mohamed Salah in time.

Names like Mason Mount, Virgil van Dijk and Luis Diaz didn’t play at all, with Philippe Coutinho and Danny Ings benched for Aston Villa’s second game of the round. Of the popular names to come in, only Marcos Alonso and Teemu Pukki did so with success.

As expected, Double Gameweek 37 is a huge week for Free Hit usage. Amongst the top 10k, that means every chip is at least 96% used, with a few managers leaving their remaining chip until the final day.

Over 412,000 Free Hits have been used throughout the game, making the most of the five teams that played twice.

As 38.16% of the top 10k used a Free Hit, naturally the template is heavily influenced by a few one-week punts. Names barely seen all season like Richarlison, Wilfried Zaha, Jordan Pickford and Vitalii Mykolenko.

In fact, the best outfield players alongside Jordan Pickford and captain Richarlison would have scored 102 points.

The EO (percentage of starting XI teams, plus captaincy, of a player) numbers are fairly consistent across ranks for Son Heung-min, Joao Cancelo and Alexander-Arnold.

For more statistics and graphs on rank tiers, captaincy and effective ownership, check out Live FPL. There is also a transfer planner and ‘What If?’ scenario predictor.