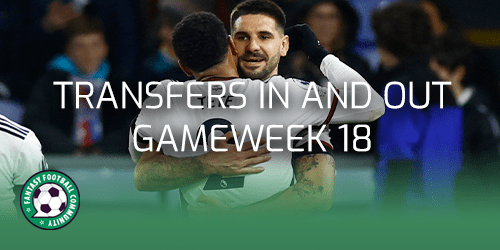 The Gameweek 18 deadline is fast approaching. Here we assess the transfer market and the most popular FPL transfers. FPL managers can also check who is popular and who isn’t through the Official FPL website.

Aleksandar Mitrovic (£6.9m) was a doubt for Gameweek 17, however he started the match and was the highest scoring player of the gameweek. His 15 point haul has made him the most popular transfer in so far.

Ivan Toney (£7.5m) has an FA charge to answer by the 4th of January, however this has not put FPL managers off. The forward is the second most popular transfer in having scored in Gameweek 17.

Marcus Rashford (£6.7m) was in excellent form for England at the World Cup, as well as in the League Cup. His goal and assist in Gameweek 17 have ensured his continued popularity amongst FPL managers. The midfielder has over 144,000 new managers.

The in-form Newcastle midfielder Miguel Almiron (£5.8m) is the fourth most popular transfer. Almiron scored in Gameweek 17, conintuing the form he showed prior to the World Cup.

Six of the most transferred out players ahead of Gameweek 18 are flagged in the game.

Gabriel Jesus (£8.0m) remains the most transferred out. He has had knee surgery and looks set to be out for a while.

Reece James (£5.8m) picked up another injury in Gameweek 17. Manager Potter reported that this could see him out for a month. As a result the Chelsea defender is the second most transfered out player.

Brihgtons Leandro Trossard (£7.1m) is the third most transferred out player. the midfielder faces Arsenal in Gamweek 18 and failed to return in Gameweek 17.

Callum Wilson (£7.4m) missed Gameweek 17 with an illness. This has consequently seen him highly transferred out by FPL managers.