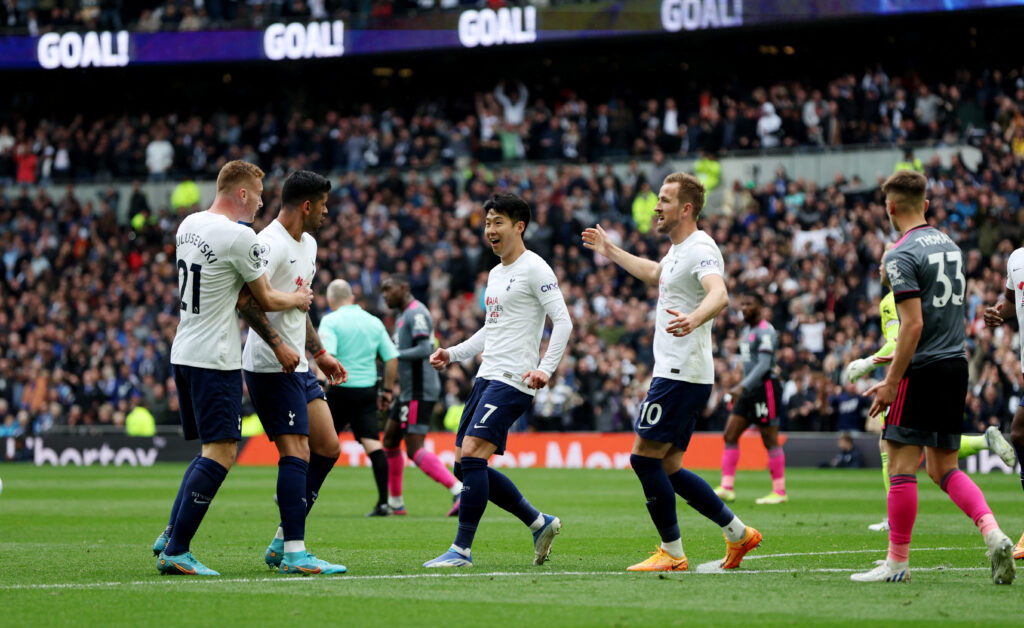 Spurs play twice in Double Gameweek 36. We take a look at their underlying stats and investigate the ownership percentages for the Tottenham players. Ahead of matches against Liverpool and Arsenal, we assess the best investment options from Spurs.

Spurs need to try and win every point in the Premier League until the end of the season if they want to ensure a Top Four finish. The North London team have two challenging fixtures in Gameweek 36 however, this is followed by two attractive looking fixtures against Burnley and Norwich.

All the stats in this article courtesy of the Fantasy Football Scout members area.

Spurs have scored 59 goals this season, the fourth best goal tally in the league. Spurs have scored 15 goals in the last six Gameweeks, only Manchester City have scored more. This includes Spurs failing to score in Gameweeks 33 and 34. As a result the Spurs attacking players are attractive FPL options.

Son Heung-Min is top for goals at Spurs so far this season with 19. Only Liverpool’s Mo Salah has scored more goals than Son so far this season. However, 32 of the Spurs goals have come from Son and Harry Kane this season, this is 54% of the teams goals.

The Spurs front three have been good investments for FPL managers, especially since the January transfer window.

Dejan Kulusevski has 12 attacking returns this season which is impressive from 11 starts since his arrival in January.

Defender Matt Doherty is top of the Spurs defenders for attacking returns with seven from just nine starts. However, his injury means that if FPL managers want to invest in the Spurs defence they will need to look elsewhere.

Like Doherty, Regulion has scored two goals so far this season. However, Regulion did miss Spurs Gameweek 35 fixture with a groin injury, his availability for Gameweek 36 is uncertain.

Ownership ahead of Double Gameweek 36

Only three Spurs players are owned by more than 10% of managers in the top 10k.

Owning one of them therefore means managers are unlikely to benefit from their points in teams of Overall Rank rise. Only 106 managers own all three of the Spurs forward players and therefore owning more than one of them is a good way to differentiate an FPL team.

Spurs assets have the potential to bring huge points returns in the final weeks of the season, even with two tough fixtures in Double Gameweek 36.

Son and Kane have good records against Gameweek 36 opponents Arsenal and Liverpool:

FPL Worldwide are considering going without Kane and Son for the run-in. Is this a risk worth taking?

Whilst in contrast FPL Raptor asks if Son is essential in his latest video.

12 teams play twice in Double Gameweek 36. This week we will look at each of the teams to assess the best FPL options. Check out our recent articles on Leicester and Aston Villa.