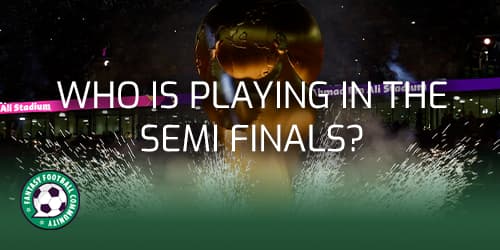 The Qatar World Cup has advanced to the Semi Final stage. This means that only four teams remain in the competition. Here we look at who is playing who in the Semi Finals.

The Semi Finals kick off at 3pm. This coincides with the next deadline in the World Cup Fantasy game. The winners from each of the Round of 16 matches will now face each other to win a place in the Semi-Finals.

The following explains how the draw works and how the countries came to face each other.

This means that we have then following fixtures scheduled: