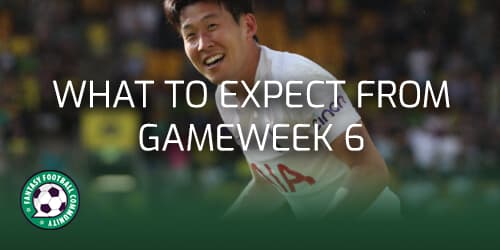 Using the Official Premier League website and the Fantasy Football Scout members area we look at what to expect from Gameweek 6. The previous head to head records between teams can be really useful in making informed FPL decisions.

Answering the question, what to expect from gameweek 6? This could be vital when it comes to decision making. Deciding on a transfer or captain can sometimes take great thought and with the help of extra factors managers could make better informed decisions in FPL.

Wondering which players have the best record against their Gameweek 6 opponents? Click here to read our recent article. You can catch up here.