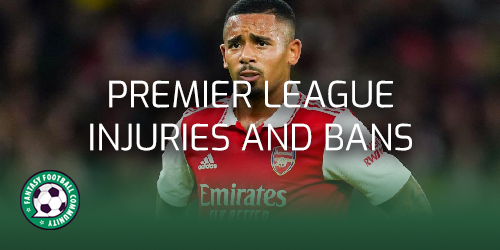 Being able to navigate around unavailable players is key to FPL success. Together with some useful Fantasy Football Scout information, here is the current list of injuries and bans.

THE NOTABLE INJURIES AND BANS OF FPL

Reece James (knee) – Latest update is that he’s “not quite fully but he’s integrating into training.”

Kepa (foot) – The goalkeeper “is not quite with the team yet but has stepped up his rehab.”