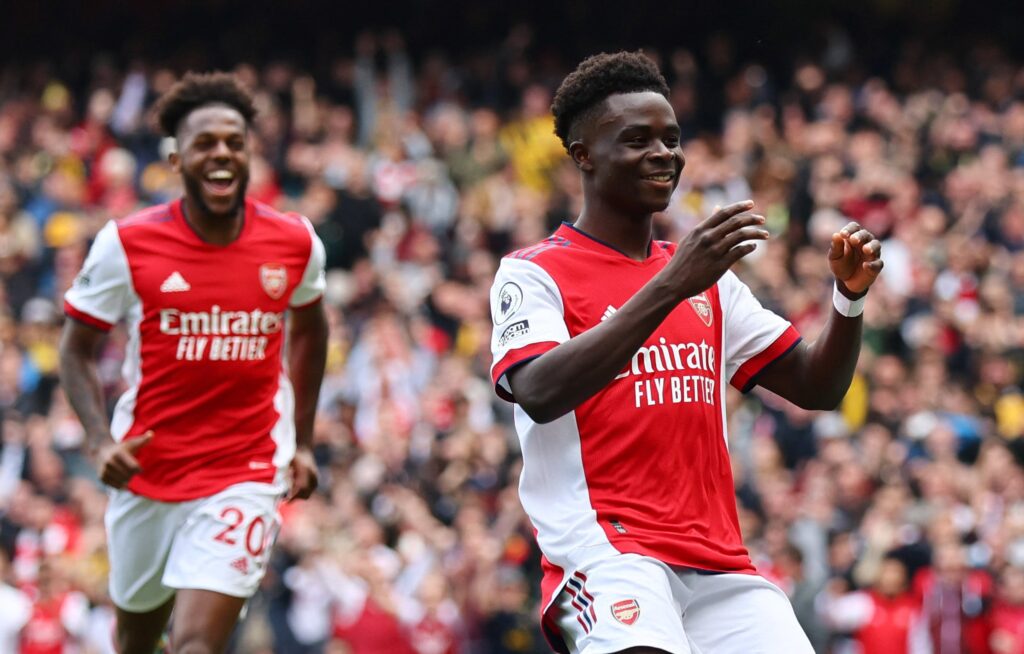 So the Gameweek 34 deadline has passed, ahead of another exciting FPL weekend. Expect the usual whirlwind of goals, clean sheets, red cards and surprise team selections.

Whilst FFScout covers the main 3pm team news, you can use LiveFPL to check rank and mini-league updates. Also, FPL Alerts is a visually-clean place to see the goals, cards and current bonus points of all on-field players. They provide a Vidiprinter page that adds a new line whenever something happens.

First up, the lunchtime clash between Arsenal and Man United. What used to big the season’s biggest game is now regularly just a match in the race for fourth place. Within minutes, a Bukayo Saka shot was parried towards a Nuno Tavares tap-in. Saka’s assist was quickly bettered with a goal – his second successful penalty within 72 hours. Yet it wasn’t long until Arsenal’s clean sheet disappeared because of a Cristiano Ronaldo reply.

An eventful match also included a Bruno Fernandes penalty miss, bookings for both him and Cristiano Ronaldo, then a Saka injury. Granit Xhaka’s long-range strike sealed the 3-1 victory.

And it didn’t take long for Man City to dominate Watford. Gabriel Jesus’ brace provided a 2-0 lead by the 23rd minute, although City’s clean sheets disappeared shortly after. By half-time, Jesus set up a Rodri stunner to make it three.

It took a handful of seconds after the break for Man City to receive a penalty. Jesus won it, secured his hat-trick and minutes later bagged a fourth goal.

The only other second half goal came from Bruno Guimaraes, who was directly passed the ball by Norwich keeper Tim Krul before a calm finish. 3-0 to Newcastle. Meanwhile, the final 3pm game finished goalless between Leicester and Aston Villa.

Disappointingly for owners of Harry Kane, Dejan Kulusevski and Son Heung-min, the evening game between Brentford and Spurs also ended 0-0.

Overall, a frustrating day for many FPL managers. As well as the Spurs blanks, popular picks like James Maddison, Joao Cancelo and Fabian Schar did so too.

More from the FPL community

Earlier today brought LiveFPL information on Gameweek 34 ownerships and chip usage. The team reveal of FPL Inzaghi is on our site too.

Besides this, an early look at what we can expect from the upcoming Gameweek 35.