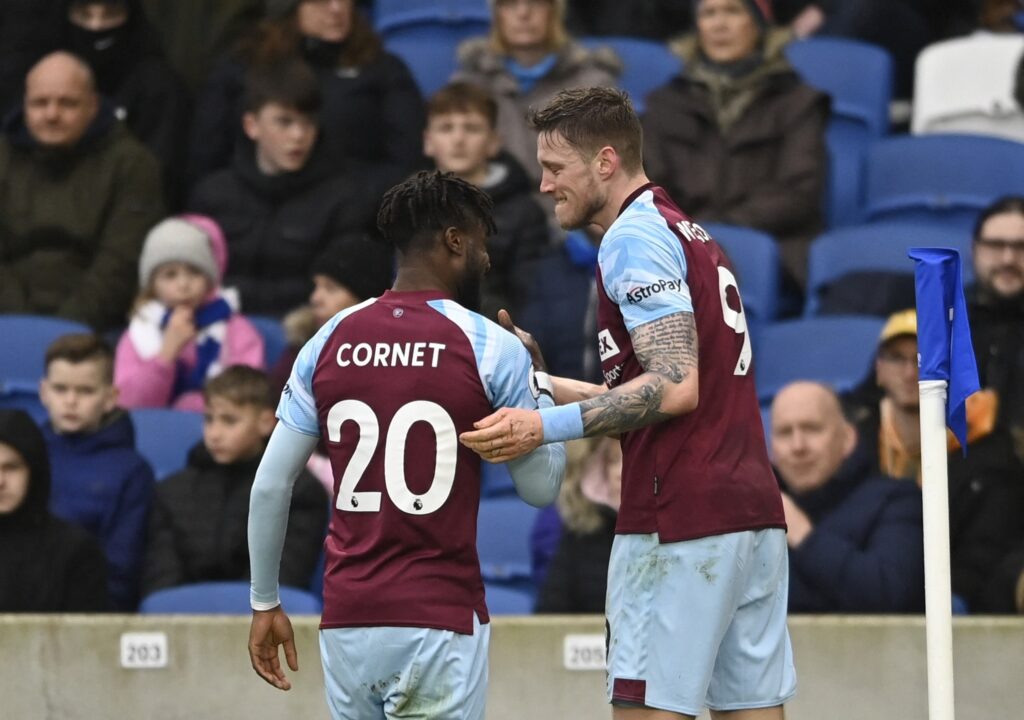 A resurgence in form has been followed by three successive defeats. We assess whether the two new Burnley Double Gameweeks are an FPL trap.

Heading into Gameweek 23, Burnley were bottom of the league with just 11 points from 17 matches. Suddenly, three draws and a respectible 1-0 defeat to Liverpool led to a pair of wins and clean sheets versus Brighton and Tottenham.

Therefore their second successive Double Gameweek brought assets like Wout Weghorst, Ben Mee, Connor Roberts and Nick Pope into many teams. Only to see the Clarets draw at Crystal Palace, then lose the next three without scoring.

Now in 19th place – albeit with several games in hand – Sean Dyche’s side need to find a new lease of life for the final weeks.

Tuesday brought the announcement of a large Double Gameweek 33, with Burnley v Everton also added into Gameweek 31. This makes the Clarets the only side to double in both rounds, which has the bonus of not being in any danger of FA Cup cancellations. Both they and West Ham are already out of it.

This currently puts them on top of Fantasy Football Scout’s Season Ticker, with a trip to Aston Villa still to be added. Facing Everton (H), Norwich (a), Southampton (H), Wolves (H) and Watford (a) consecutively may potentially lure managers towards a familiar trap.

Over the season, Burnley have had the fewest shots, shots on target and penalty area touches. Even throughout each team’s last six matches – where the Clarets won 3-0 at Brighton – they are last for shots on target and second-worst in several other comparisons. The 12-point haul of Weghorst on the south coast has been surrounded by half-a-dozen outings with two or less.

Ranked as a midfielder, Maxwel Cornet has alternated between playing both there and up front. He maintained a strong spell between Gameweeks 6 and 12 but only has one attacking return since, mostly due to injuries and inconsistent minutes. There are just too many other good FPL midfielders right now.

However, things look stronger defensively. In the Premier League table, only one side below eighth-placed Wolves have conceded fewer goals than Burnley’s 38. Their total for conceded shots on target is eighth-best, also keeping a respectable seven clean sheets.

From their 11 remaining games, the nine reverse fixtures have brought five clean sheets. Four of them finished 0-0.

First up, the Official FPL Twitter account referred to the Burnley Double Gameweek trap a few weeks ago.

With FPL Bateman going through the same internal thought process of many.

It’s hard to tell whether or not this is sarcasm from Andy (@LetsTalk_FPL).

Whereas FPL Raptor was less subtle about his opinions.

FPLScofield is pondering over Burnley’s final game-in-hand also fitting into an imminent slot.

But, in general, the FPL community is hesitant to get involved in the Clarets again.