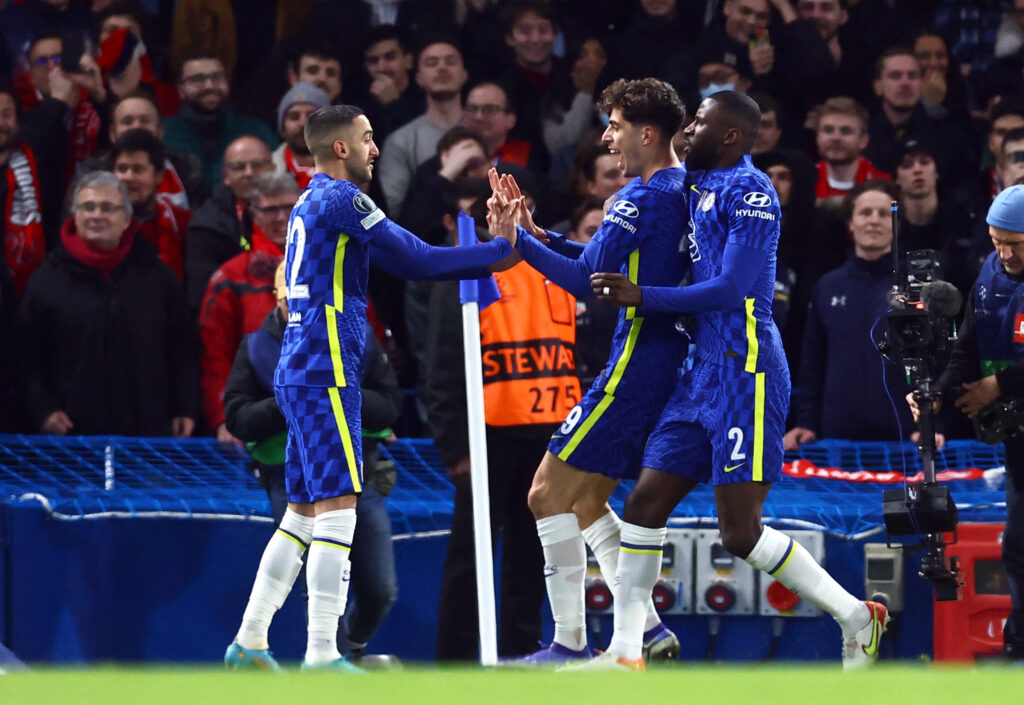 Chelsea play twice in Double Gameweek 36. We take a look at their underlying stats and investigate the ownership percentages for the Chelsea players. Ahead of matches against Wolves and Leeds, we assess the best investment options from the blues.

Chelsea look set to achieve a top four finish and therefore entry to the Champions League for the new season. The blues however have won just one of their last four matches in the Premier League. Chelsea face Wolves and Leeds in Gameweek 36, on paper these fixtures make the Chelsea assets highly investable.

All the stats in this article courtesy of the Fantasy Football Scout members area.

Chelsea have scored 11 goals in the last six Gameweeks, only two teams, Spurs and Man City, have scored more. Over the course of the season the blues have scored 68 goals, a tally only bettered by Liverpool and Man City who are above them in the league.

Mason Mount is Chelsea’s top for goal scorer this season with 10. Kai Havertz is second with seven. This means that the Chelsea goals have been spread across the team, making picking an attacking FPL asset more challenging.

Chelsea have kept 15 clean sheets this season, only Liverpool and Man City have kept more. As a result the Chelsea defenders offer great potential ahead of Double Gameweek 36.

Reece James is top for goals scored by defenders this season with five. In addition only Liverpools Andy Robertson and Trent Alexander-Arnold have more attacking returns than the Chelsea defender this season.

Like James, Marcus Alonso also looks an attractive FPL investment. The wing-back has three goals this season, as well as eight attacking return. Only the four defenders in the graphic above have more. Alonso’s three attacking returns in the last six Gameweeks is more than any other defender.

Ownership ahead of Double Gameweek 36

Only four Chelsea players are owned by more than 10% of managers in the top 10k.

Owning one of them therefore means managers are unlikely to benefit from their points in teams of Overall Rank rise. Only 2540 managers in the top 10k own both Mount and James, therefore owning more than one of them is a good way to differentiate an FPL team.

Chelsea assets have the potential to bring huge points returns in the final weeks of the season, especially with two atttractive Gameweek 36 fixtures. Whilst Chelsea’s form hasn’t been great in the past few Gameweeks they do over good potential. Mount averages 5.6 points per match against Wolves and has returned in two of his three meetings with Leeds in the Premier League. This bodes well for returns in Gameweek 36.

The Timonator has Mount ranked fourth for midfielders ahead of Gameeweek 36.

Whilst in contrast RuneFPL is looking to sell the Chelsea midfielder.

12 teams play twice in Double Gameweek 36. This week we will look at each of the teams to assess the best FPL options. Check out our recent articles on Leicester, Spurs and Aston Villa.